OOPS ! Something is Wrong ! It seems you're using an unsafe, or out-of-date browser. CLOSE(X)

A Short History of the Camborne Show

The Camborne Show was set up by the Holman family in 1941 with the help and support of local farmers. It was the Holman family’s’ way of raising much needed funds for the Red Cross. The Red Cross was doing sterling work in the care of service personnel and their families during the Second World War, Remember the National Health Service did not start until 1948.

The first Camborne Show took place in 1942 on the August Bank Holiday which in those days was at the beginning of August. Members of staff of Holman’s were encouraged to get involved and help and assist the show. Their carpenters made all of the stands and Holman’s staff and wagons could be seen taking the items down to the show site and erecting them during the week prior to the show.

Staff members giving up their August Bank Holiday to help and assist at the show were given an extra day’s holiday at Christmas.

The Show grew and grew seeing visitor numbers in the 15,000 plus as, at that time, summer holidays were non existent due to the war.

During this time the Show also saw strong support from Lloyds Bank Camborne. When the Manager and staff would attend the Show and count the monies taken on the day. They set up their counting house in the rugby club changing rooms and it has been noted that the President kept his special “bottle” in the showers to keep cool. The cattle section still present one of their most prestigious trophies, The Harry Cock silver Cup. Harry was the first cattle section secretary and the manager of Lloyds Bank Camborne. Harry’s great grandson Jonathon can be found today in Lloyds Bank Camborne/Redruth.

In later years the Show saw many celebrity visitors with Soap Stars such as Ken Barlow from Coronation Street and Benny from Crossroads attending and signing autographs.

With the demise of the Holman Company the Camborne Show became a registered charity in 1986 and in 1989 the first Executive Committee was formed. Mr. Phillip Osmond became the first Chairman. Up and until this time the Chairman and President (a joint office) had been held by members of the Holman family.

The Show has had its turbulent times, losing the cattle section for some 14 years between 1970 and 1984 and there was one year, 2001, when the show did not take place at all due to Foot and Mouth Disease. The Show has moved from its original site the Camborne Recreational Ground and Camborne Rugby Club 2 or 3 times to its present location Gwealavellan Farm by kind permission of Mary and Ernest Bowden where we hope it will remain for many years to come.

Memorable Dates in The Evolution of Camborne Show 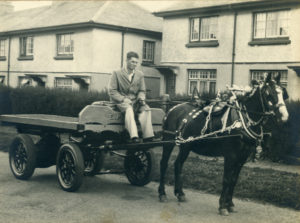 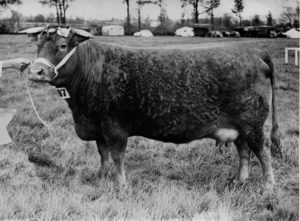 A Celebration of Camborne's Rural Heritage